In my second post, I complained about having a car in Switzerland. Within last week, I have got fined, so the arguments against car are even stronger.

Zurich has quite good public transport (especially trains are fast and convenient), but it is also cyclist-friendly. Almost half of the roads has cycling lane, and there are hundreds of bikes parked by each university building every day. I am biking as well - to do some sports activity and save some money.

The road from Oerlikon to ETH CAB (where I work) takes around 10 minutes - faster than by tram. It is going downhill, so I arrive to work without sweating. The way back, especially during evening hours, takes surprisingly shorter time, as the traffic lights are better succeeding each other and the traffic does not slow me down. My current record is 7 minutes for the 3.4 km ~ 27 km/h with the small ascent of 50 elevation meters. However, learning this route took me almost two weeks, and I biked a longer route due to orientation troubles. 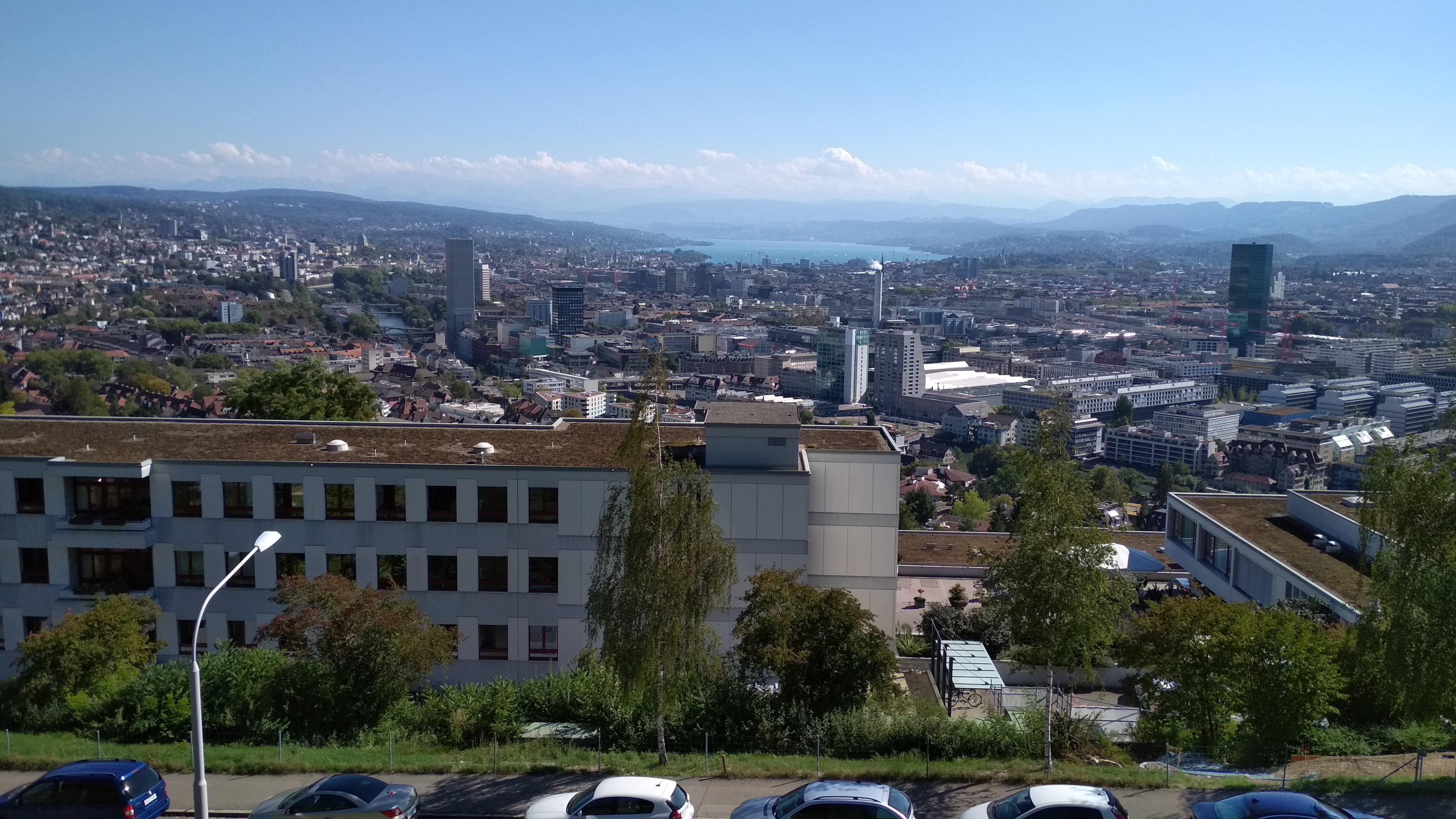 The view from Hönggerberg, where I cycle for bouldering.

I bike around the city a lot - around three times per week I cycle to some new area to visit some flat or attend some activity. It gives me opportunities to complain about several things:

Despite the bike-friendliness, I agree with other Tobias’ statement (he does paragliding and many other adrenalin sports). Commuting by bike is the most dangerous thing I do.