My contract started in September, but the first two days were a weekend, so I left for Zurich on 2nd of September. But I have to mention the last hectic days before departure.

Leaving the Czech Republic for four years means some bureaucracy. It is useful to set up electronic communication with government, prepare cancelation of insurance (I still hesitate what insurance to take), power of attorney for parents, get swiss socket reduction, fix the car… But I decided, it is more important to visit a friend in Cambridge (21st - 28th of September), finish as much work as possible and especially attend a wedding of Jan and Bětka.

The wedding took place on Saturday, while I had to be ready to work on Monday at 9:00. I decided to leave after the wedding and 2 hours nap, around midnight. I quite like night driving as there is almost no traffic. But I have to admit that those 10 hours were challenging. I experienced my first microsleep, after which I immediately stopped and took a cold shower of my head in sink at a fuel station. The worst was the early morning at Munich, second worst four times repeating pop single in the radio. 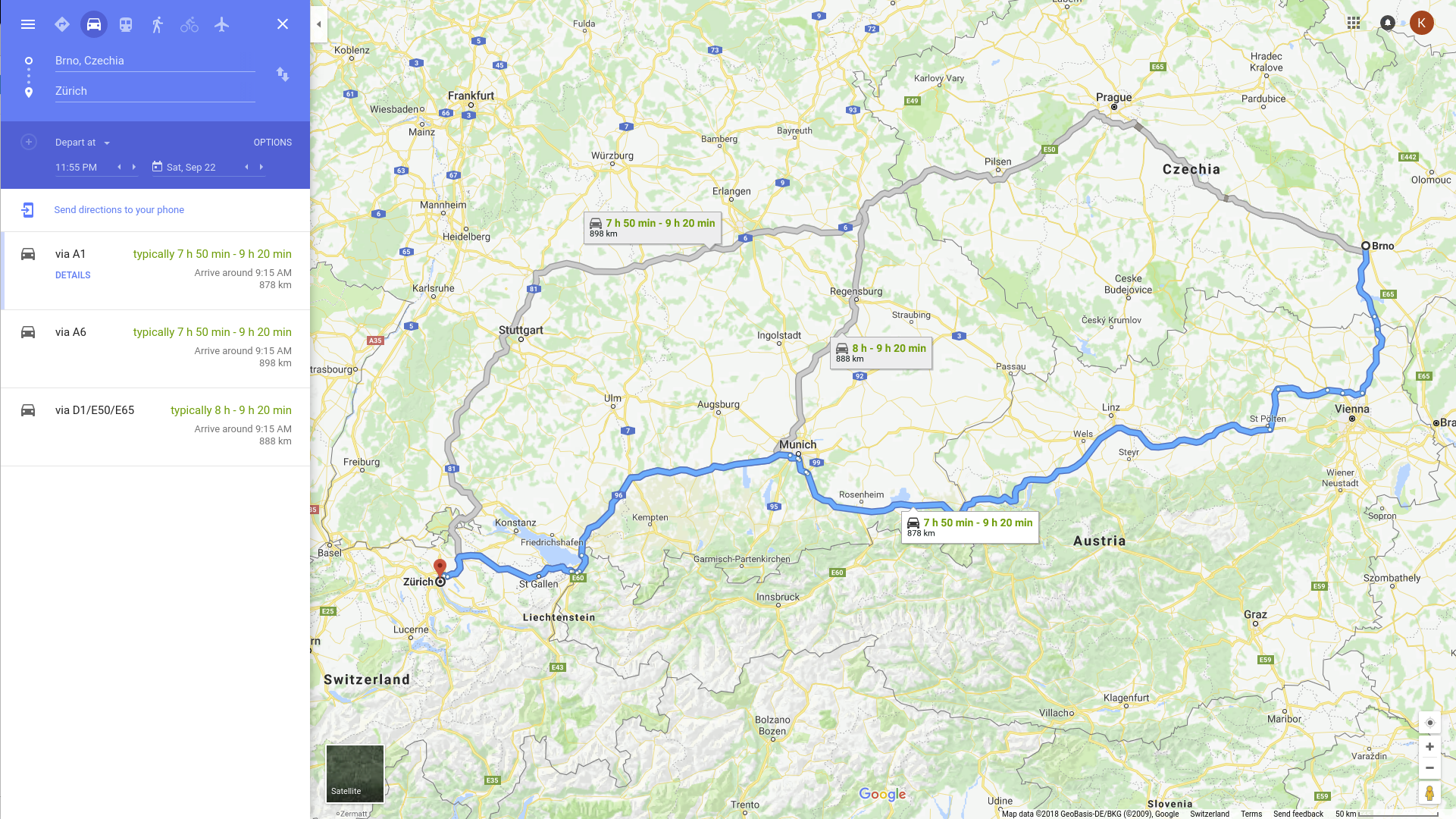 Austria is not only a faster option but also much more convenient!

I drove by car for two reasons: 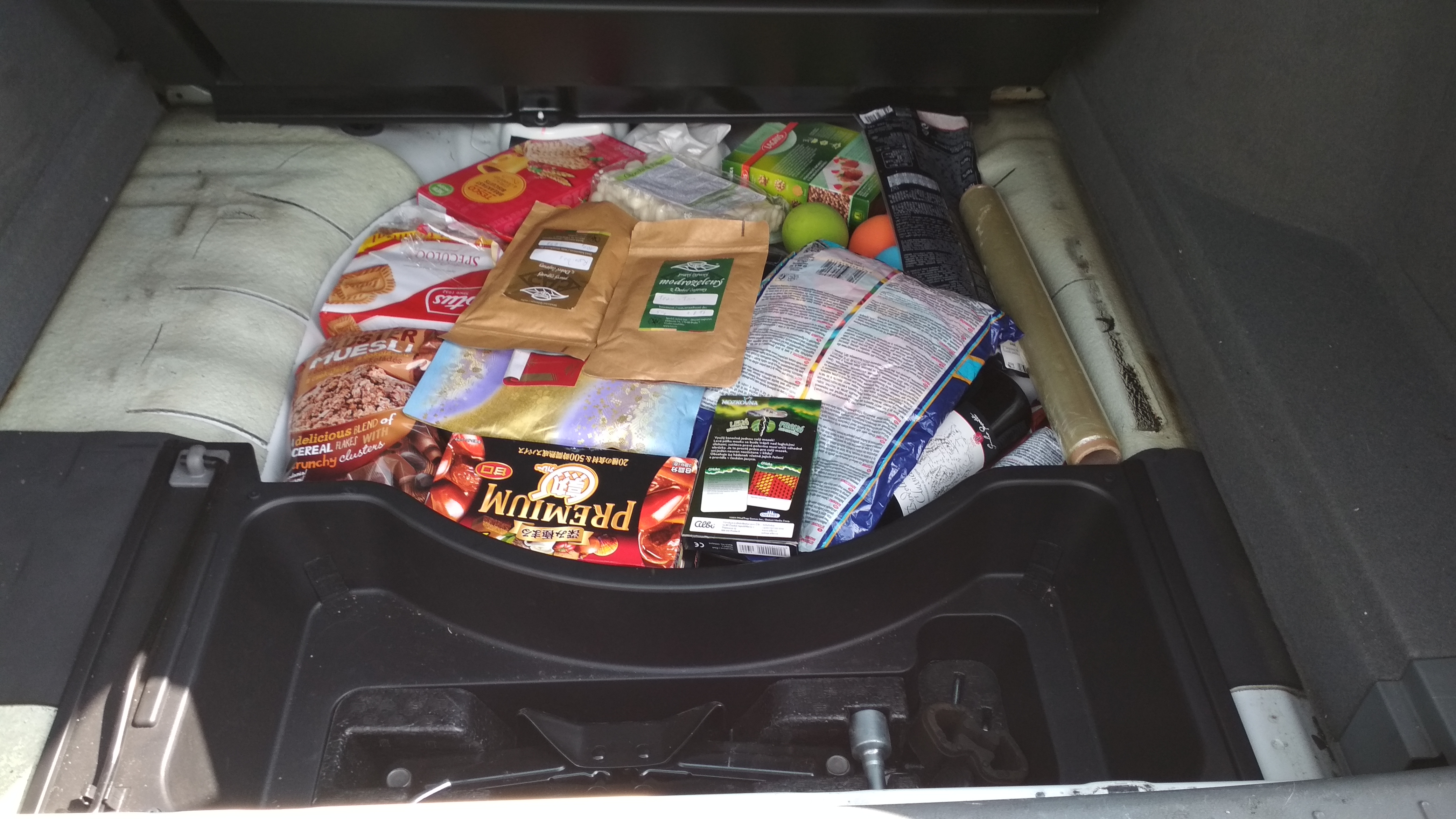 This is just how much food I put by the spare tire. 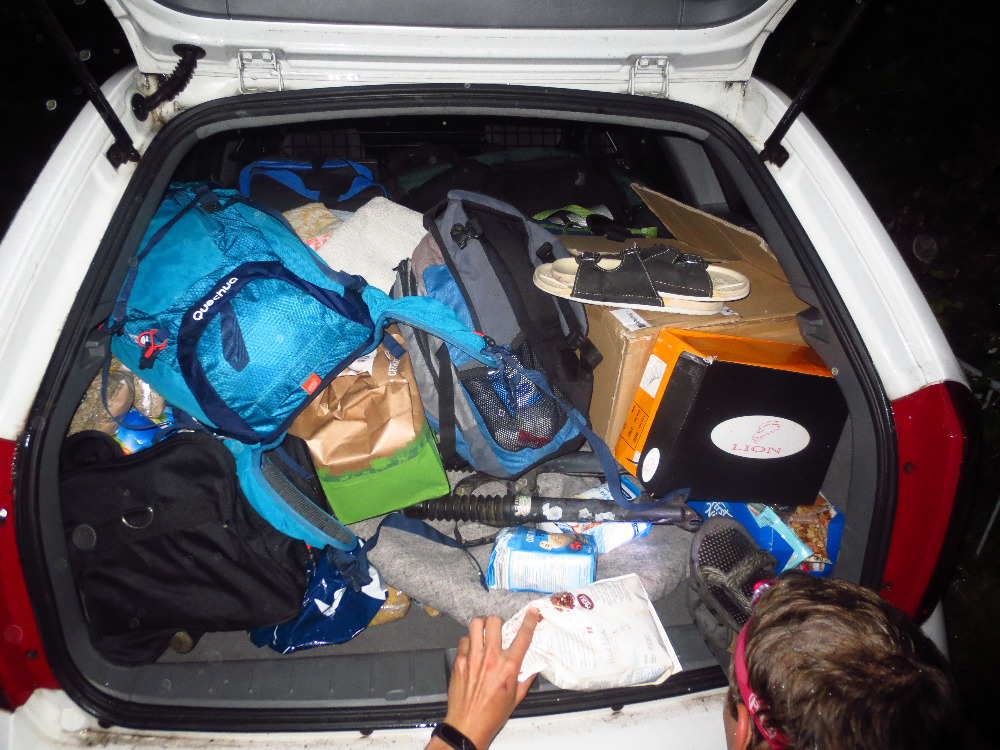 And with all the stuff above it.

Actually, the second reason pretty fails in Switzerland. Having a car in Zurich is a pain! With a system of blue zones, you cannot park anywhere for longer than 1.5 hours, except weekends. So after arrival and unpacking, I went to search for a place to hide my car. I found parking by a hotel in a suburb area, that did not have blue nor yellow nor white marking and left the car there with a kind German note and my phone number (Swiss!). On Thursday, after meeting the first Czech at university, I was suggested parking outside of Zurich. A kind lady living on that street supported the claim it is free parking, but I still keep the note with phone number visible.

Even the idea that you can travel anywhere fails in Switzerland. Multiple villages are car-free. You can get anywhere in Switzerland using public transport. Annual ticket costs 2650 CHF, monthly 245 CHF. If I want to use my car for longer than twelve months, I would have to apply for swiss car plates, and insurance would cost 500 CHF per year. Together with the prices of fuel and my actual support of the idea of going eco-friendly, I seriously consider changing to public transport. I will see.

Next post will be more positive, as Zurich is superb ;).