Photos in this blog post are broken at the moment. I hope to fix it in the future.

The second part of the paragliding course (Brevetkurs) in Switzerland takes significantly longer than the initial (Grundkurs). We should do 50 to 80 high flights, which is 20-25 flying days. We are free to choose these days, so I go flying almost every weekend for at least one day. Each of these days would not be for a blog post, but as I am now over half of the course (50 flights, 18 hours of flying time), I will summarize the most exciting experience.

As we are required to fly in 5 different regions to be allowed to take the exam, flying helps me to discover fascinating places in Switzerland.

My first flying area of Brevetkurs. In Grundkurs, you have almost no responsibility, but in Brevet, you have to bear with all the safety precautions - weather check, area knowledge, and your own state. So Kandersteg scared me with all the power lines and other cables. However, none of that is a real trouble, it is just necessary to be aware of them, as they are everywhere (update: it would be nice to remember them, my one lousy landing in Kandersteg was between trees and a cable).

After several flights, when I was just reminding how it feels to fly, I had a nice last flight. The valley there ends with a cliff, located favorably to soaring the valley wind. Some mates were flying all the time high above me, even landing on the takeoff. And finally, for the last flight, I was allowed to try it as well, so I experienced a 50 minutes flight! From 1800 masl, I got to 2500 masl. I froze a bit, but it taught me to trust the wing a lot.

Views from takeoff in Kandersteg. The small red spot is someone else soaring,

While soaring, we had this view over a waterfall. There is a via Ferrata around it.

That’s me, image taken by my instructor flying close to me :). A few minutes later I almost landed in a tree.

Lauterbrunnen is a fascinating valley, with 800 m tall cliffs that attract base jumpers. I like to flight here, as the moment when you fly over the cliff, and all the valley opens is just majestic. And also the gondola there is included in my Swiss annual ticket.

As we do not have to fly far to distance, we usually train here maneuvers that quickly lose altitude, as fast circles, and collapses. I was surprised to do very fast circles immediately on the first flight there. My school is a bit crazy, but I like it.

One day we flew from Birg (2600 masl instead of usual 1680m). Landing in 860m and some thermals led to 40 minutes flight. And we were launching just at the base of clouds, which was pretty scary (humid water has a stronger lift - pulls you to the clouds, but you cannot fly in clouds without seeing the ground).

At the takeoff, you can enjoy the view to Eiger from the side, Jungfrau in the middle and other fancy mountains.

We fly over these cliffs, having a high altitude to learn maneuvers.

Flight from Birg, where we took off just below the level of the clouds.

Grindelwald is the most touristy place around Interlaken, so it was a bit surprising that I have not seen it until the end of August. It is famous for its view of the north face of Eiger. For us paragliders, it is more important by perfect conditions for thermalling, due to orientation to the south.

The topic of the day was to fly as long as possible. I have not expected a long flight, as my last thermalling attempt was a fiasco. Thus I started unprepared - I did not put suncream on my face (it was 10 am), I did not drink enough, I did not wear warm enough clothes. All that said, you can guess that I had a long flight where these things bothered me. First, I was barely able to keep my altitude, as thermals are weak in the morning. But I have a huge wing, so while others landed, I managed to stay. And as the sun grew thermals stronger, I started ascending. From 1600 masl, I got back to the takeoff in First (1900), and after some more time, I flew to Faulhorn (2680) and higher and higher. I estimated my highest altitude 3200 masl, and the thermals were still favorable to go higher, but my body was not. I started feeling dizzy, dehydrated with sunburn, and slight hypothermia. After a moment when I felt weak passing out, I decided I have to land quickly. I asked the instructor if I can top-land (land at the takeoff place), and he was against it due to strong thermals there. When I explained my situation, he allowed it at my own risk. I was so focused that the landing was almost perfect (takeoff instructor said it was better than his O:)), but I was mainly happy to be on the solid ground after the four hours in the air. It took me one hour to get rid of the dizziness. I ended the day with just one hour flight when I got quickly to 2600 masl.

I flew in Grindelwald once more. It was my first hike and fly, and also my first alone flight. Thermals were again favorable, but I was decided to not do anything stupid when I am alone. 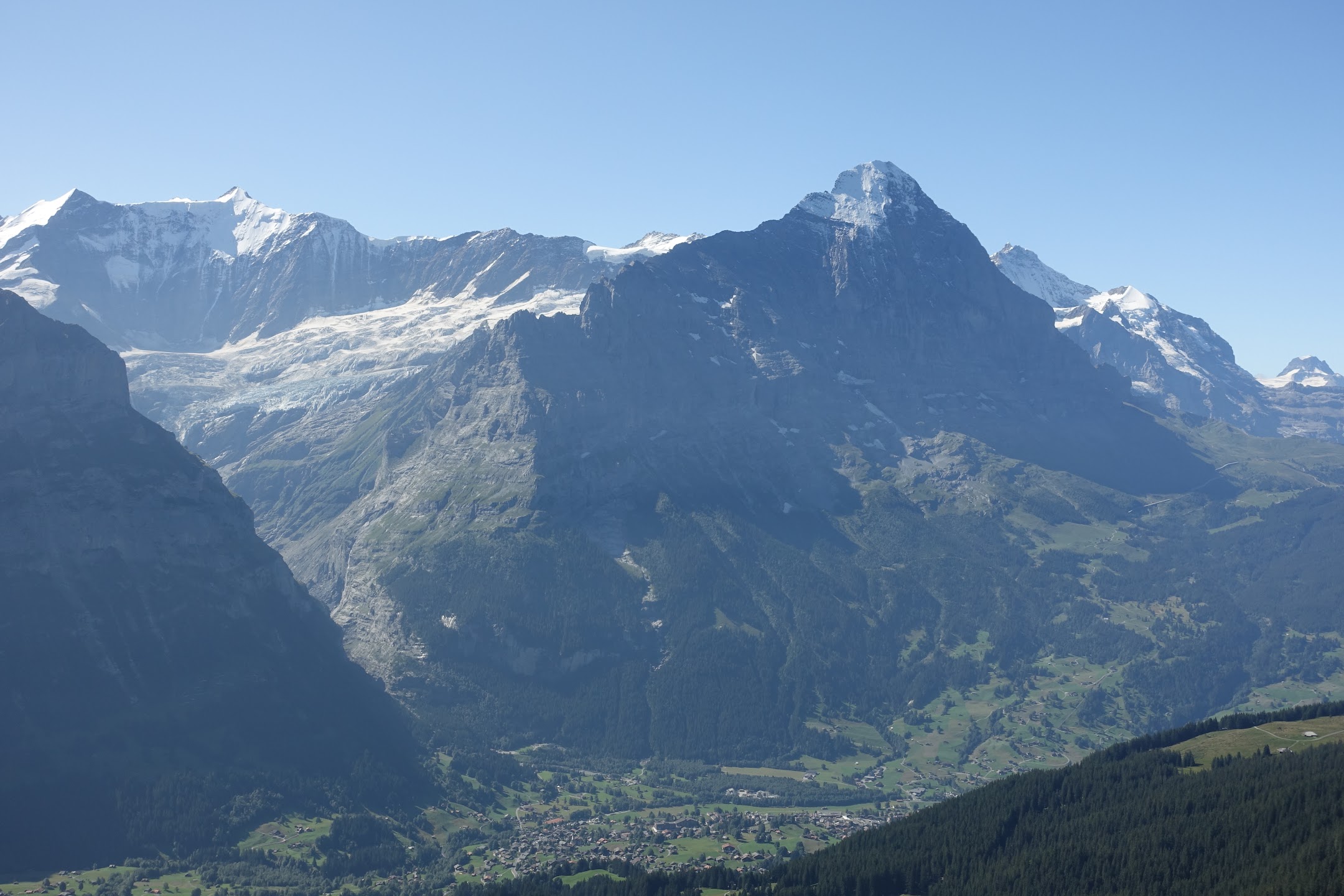 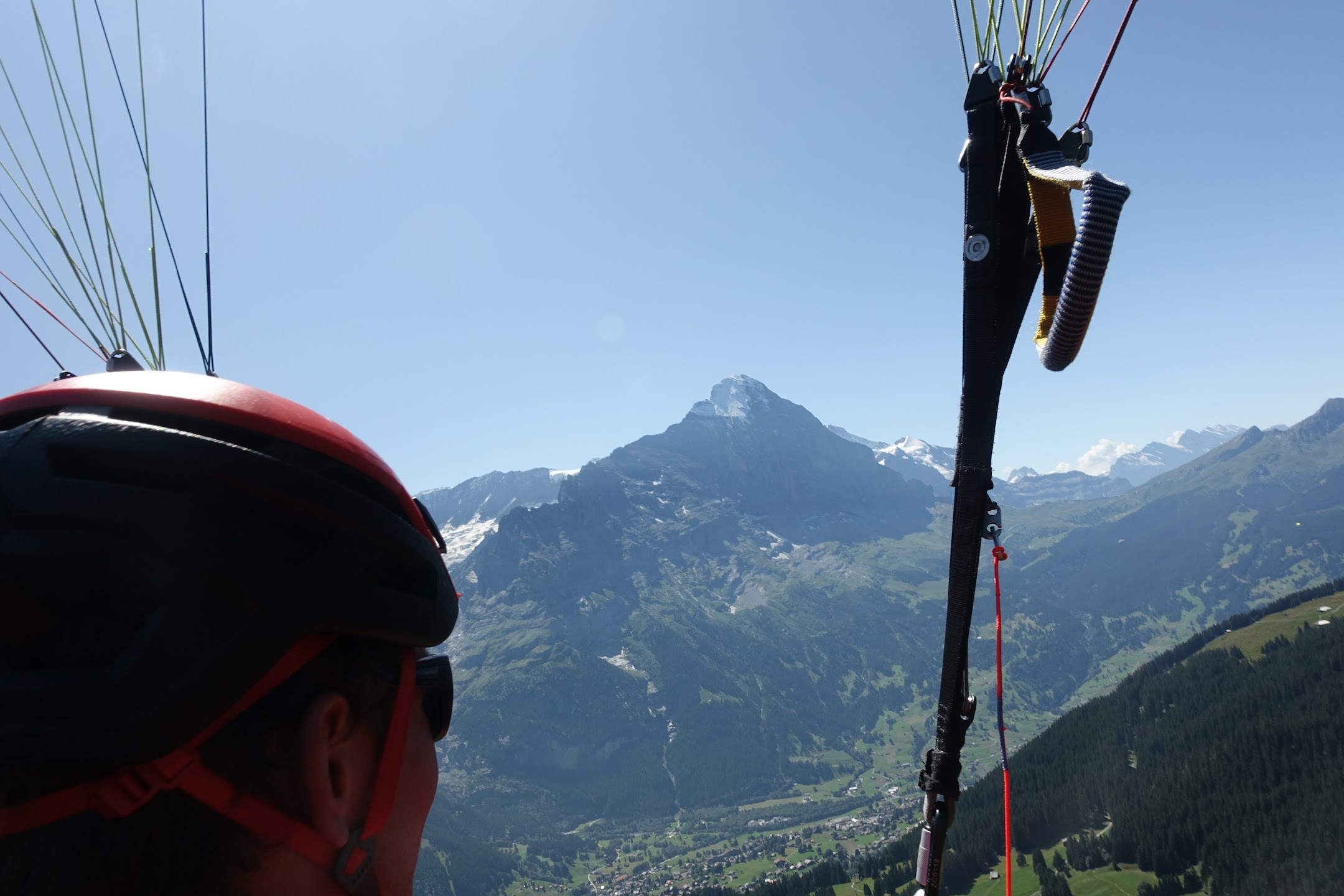 A lot of time in the air to make selfies with Eiger!

Ridge where the thermals were strengthened by soaring valley wind

Video before I decided to land.

There are three landing sites in Interlaken. Lehn, where we land all the time, and although I do not like that landing much (I struggle with determining my altitude there), it will be the place where I will do my exam. The second landing is at the airbase, and it is mainly backup for flying from Grindelwald. The most touristy is in the city center (Höhematte), and as it is quite far from takeoff at Beatenberg, we do not fly there, so we can practice maneuvers. That changed when we did a hike and fly to Sulegg, a mountain in the south of Interlaken.

We started the hike and fly from the upper stage of a gondola in Sulwald, and after one hour, we were at Lobhornhütte. We swam at the lake, prepared for flying by acroyoga, and had all-you-can-eat dinner at the hut.

The next day we left before 8, so we were too early up, as Interlaken was covered by inversion. Paragliding became #parawaiting, so I hiked a bit and took pictures of the surrounding! It was worthy, the clouds disapeared, and it was one of my most memorable flights. Also, because I lost my polarization filter when I took the camera from my pocket! 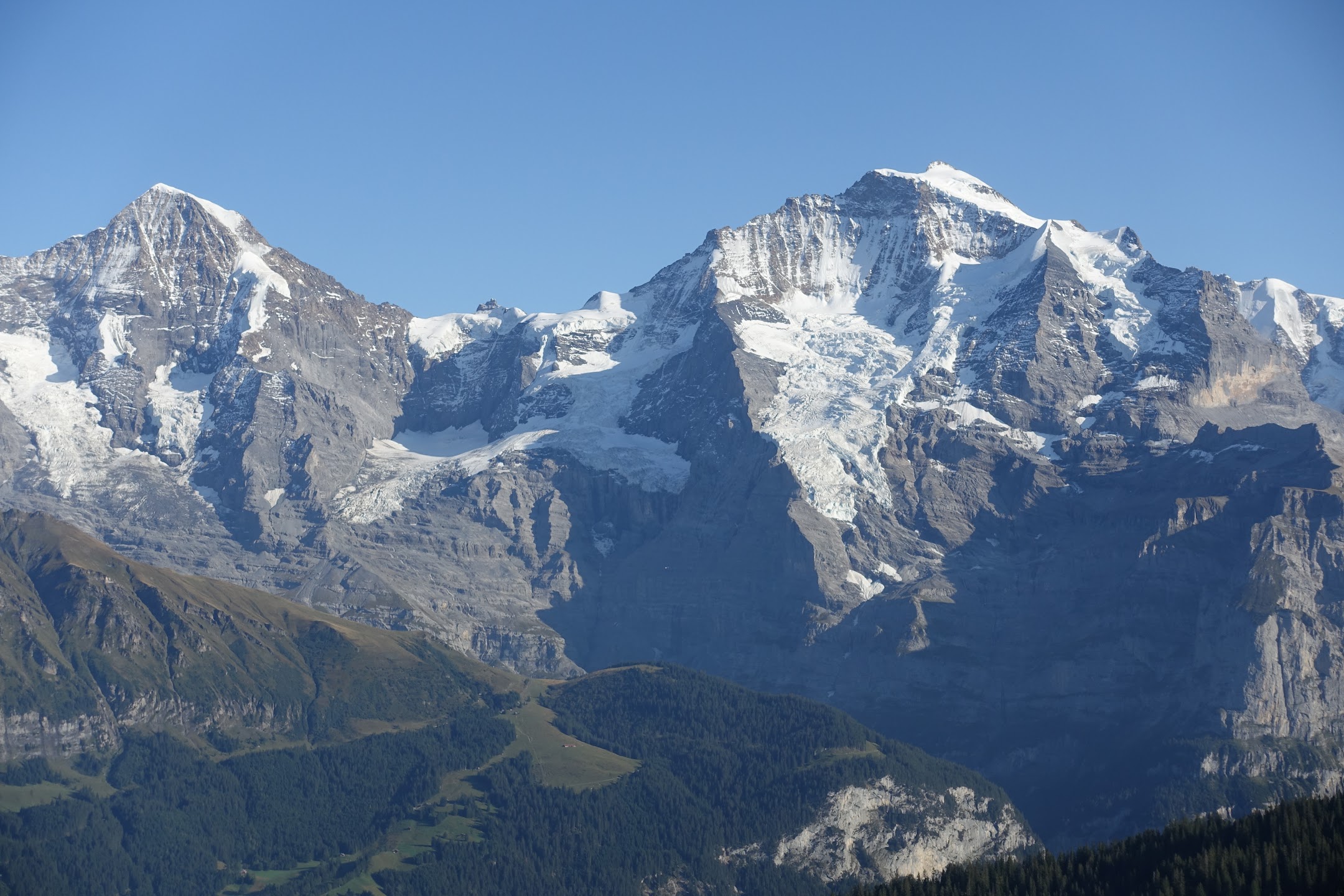 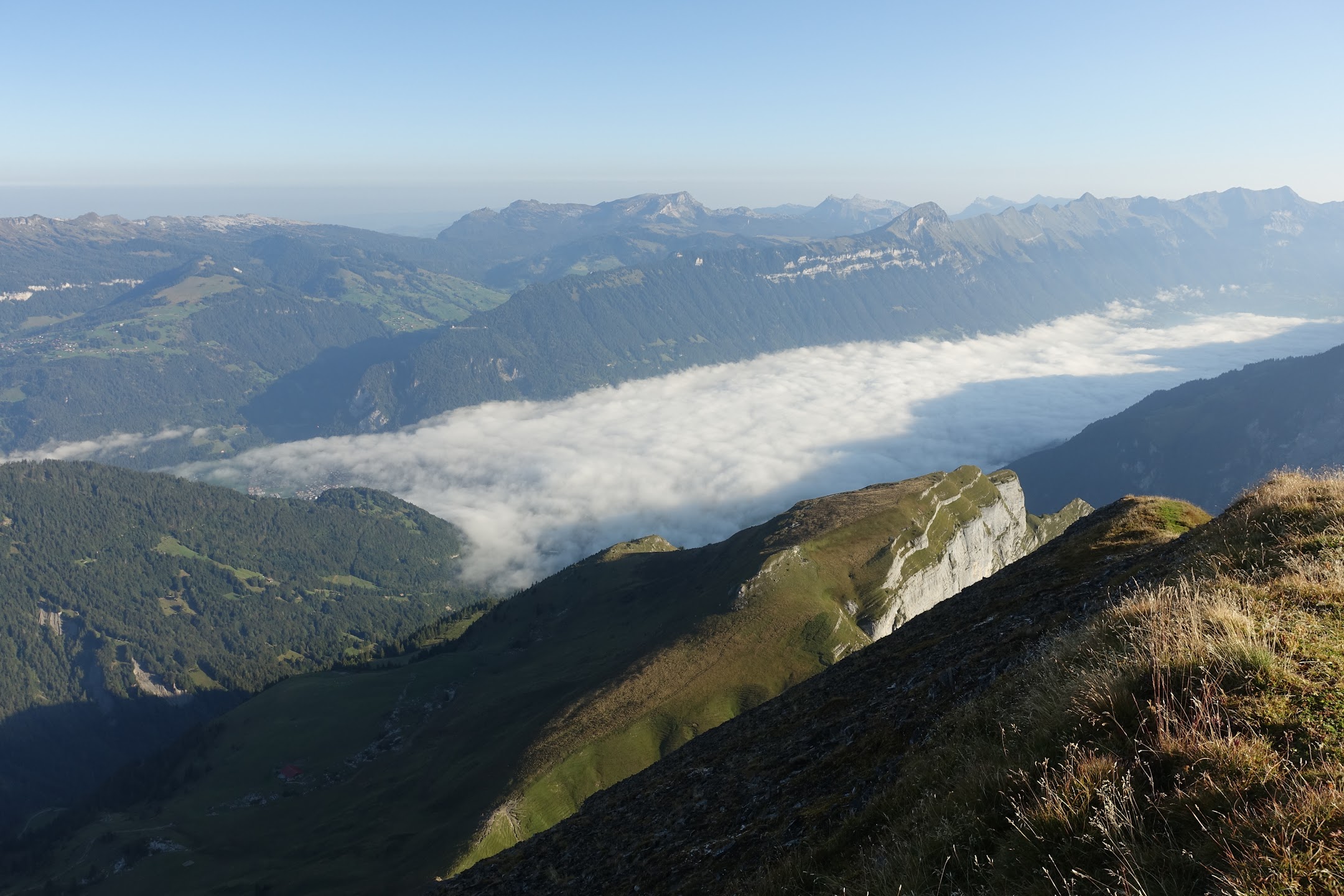 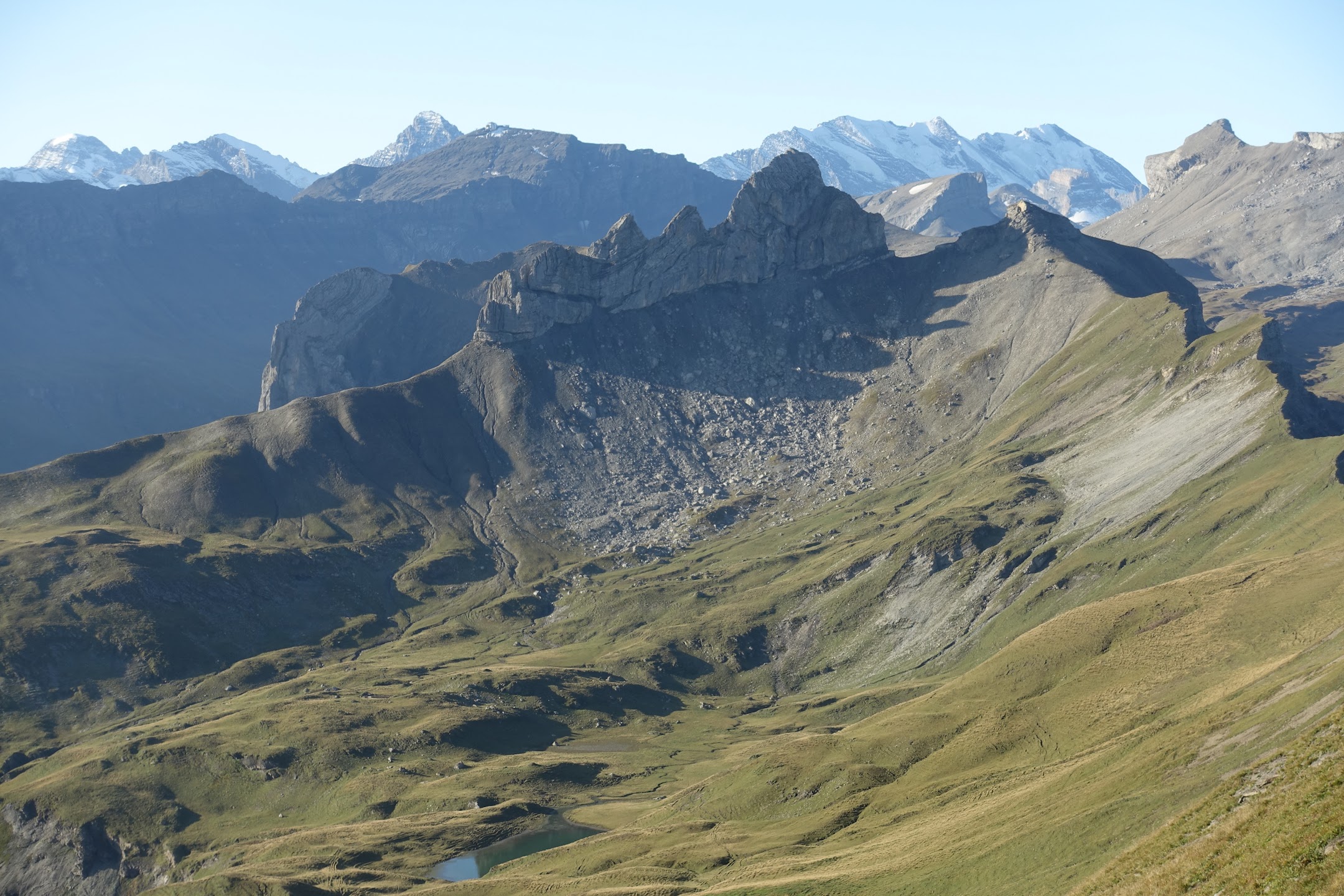 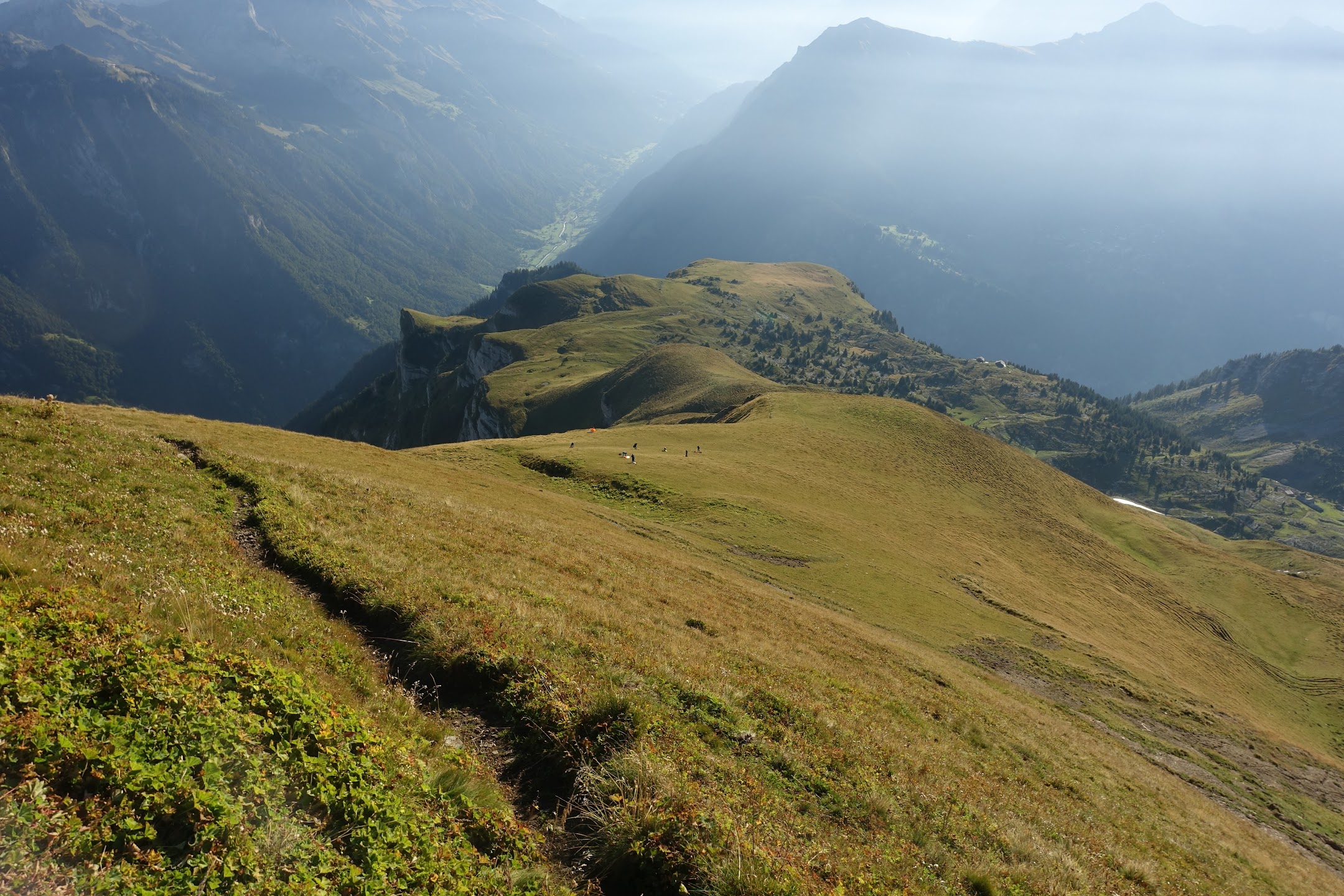 Others were taking of below the top. 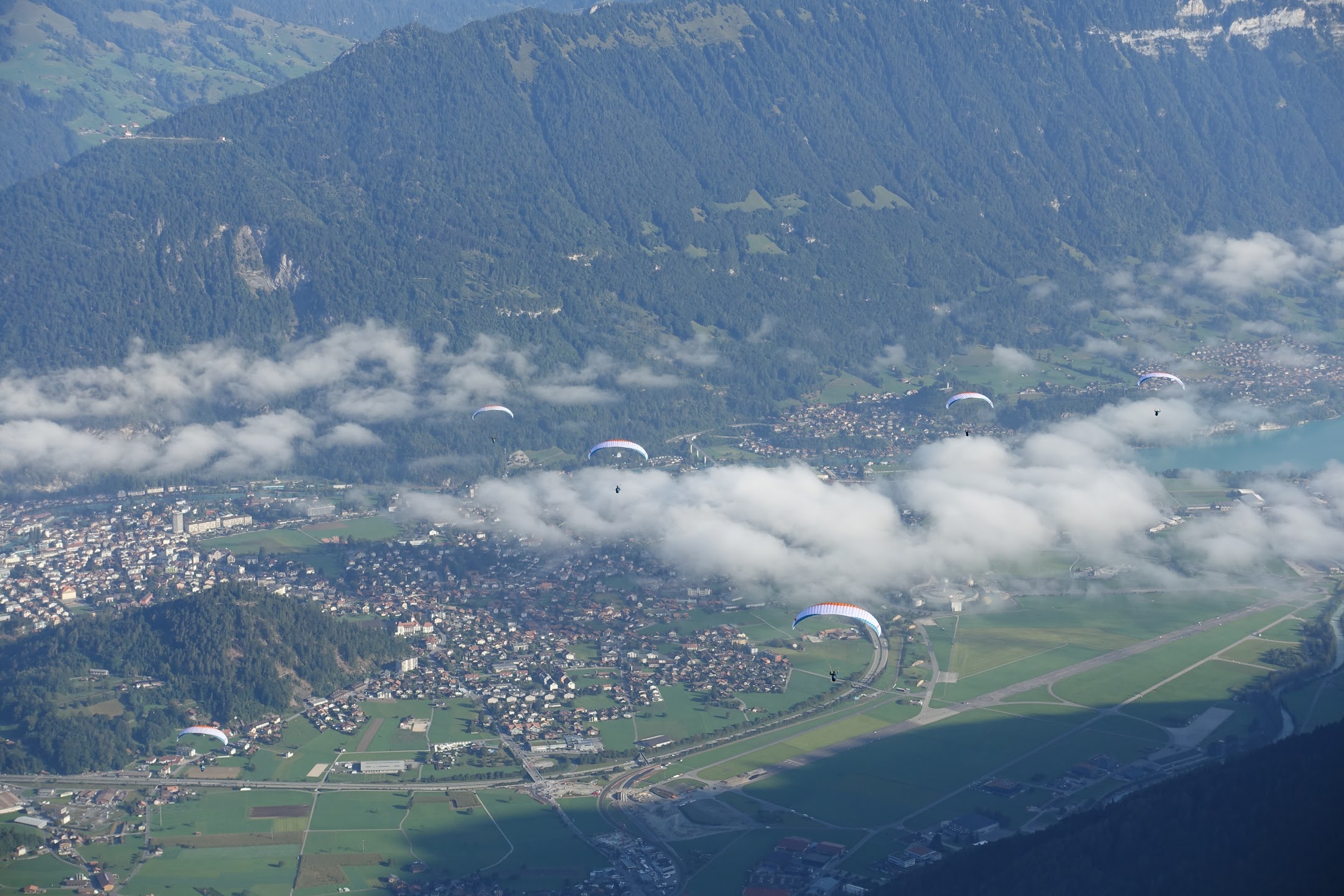 ChillOut students love Alpha Pi2 (all of them have the same wing).