My office-mate Tobias is enthusiastic into paragliding, same as so many Swiss, that I could not escape trying the sport. As I am limited only to English-speaking schools, I ended tasting course in Interlaken.

We were 12 students, most of those were enrolled was a 4-day course, two of us just for a single day. I was surprised that lector Beni learned our names quickly and he was approaching us individually. 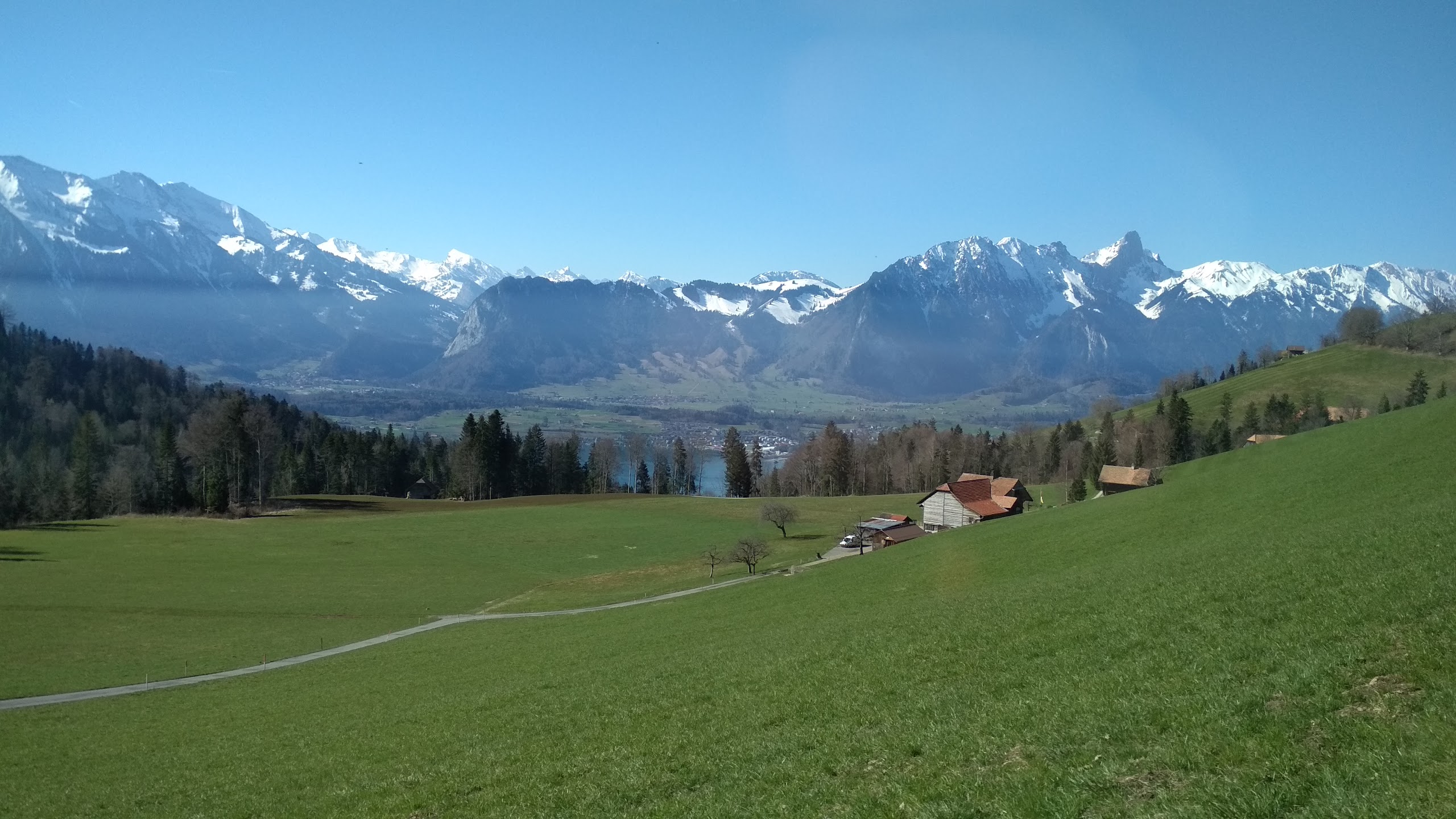 Our morning tasting site. The hill is almost flat at the bottom, while up here it gets steeper. It was our decision where to start.

We spend less than half an hour with theory, and we moved to the training side with our own gear. The first time Beni showed us how to untie tangled lines, do pre-flight check and start, everything looked incredibly simple. But I was sure, I will struggle. 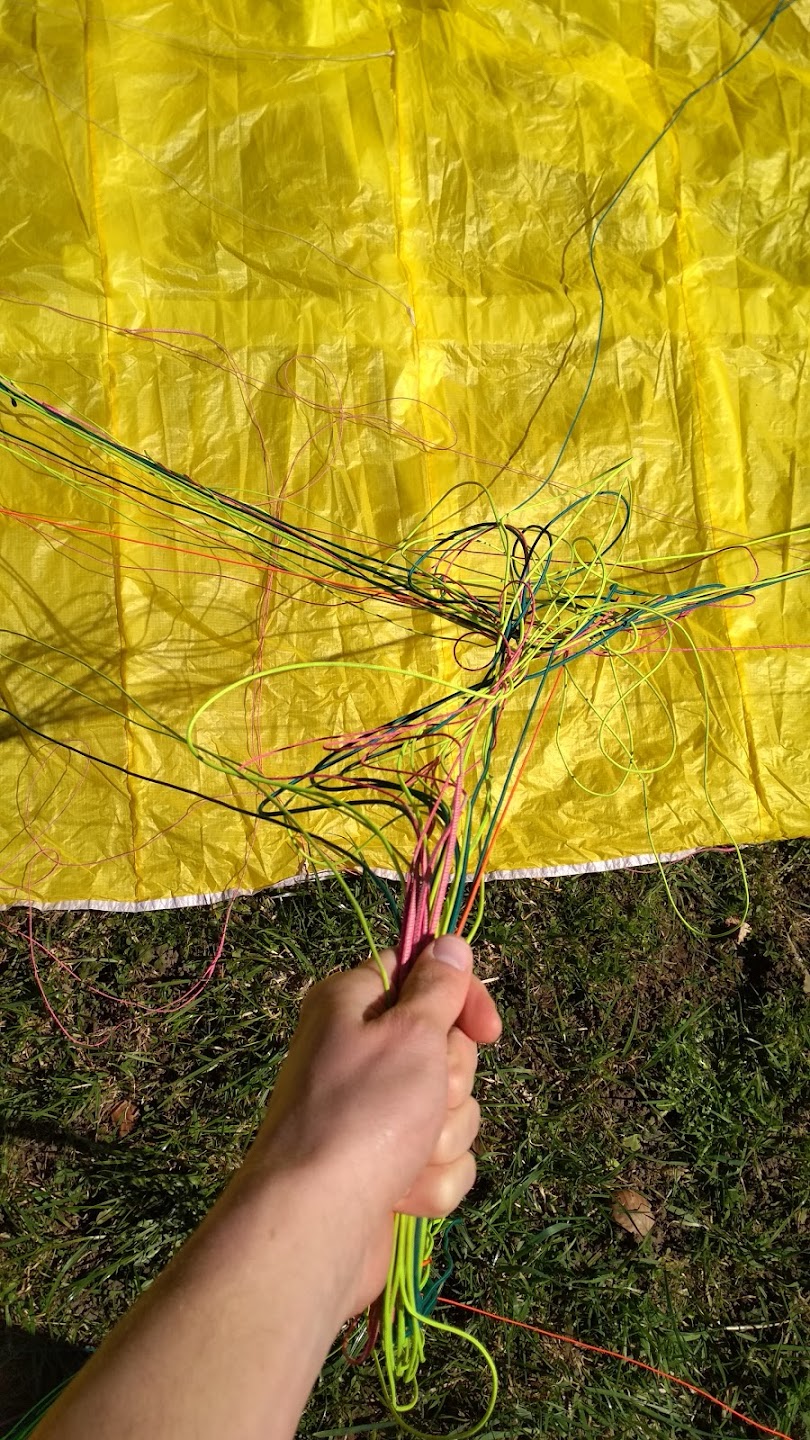 My entangled lines. The first attempt took pretty long to solve the knots.

My first attempt was from almost flat. But I got surprised by a strong wind gust from the front, which took me at least 2 meters above ground - in the very first attempt when I had no clue what I am doing. Eventually, it was almost my highest flight.

Preparations for second flight taught me that farmers are paragliders enemies. I was preparing, but farmer wanted to spread cow shit over the place where I was and he almost drove over my wing if the instructors would not grab it and run with me away. Everything would be fine if the farmer would give me 30 more seconds. And the school was paying for the field! What was wrong with the guy? 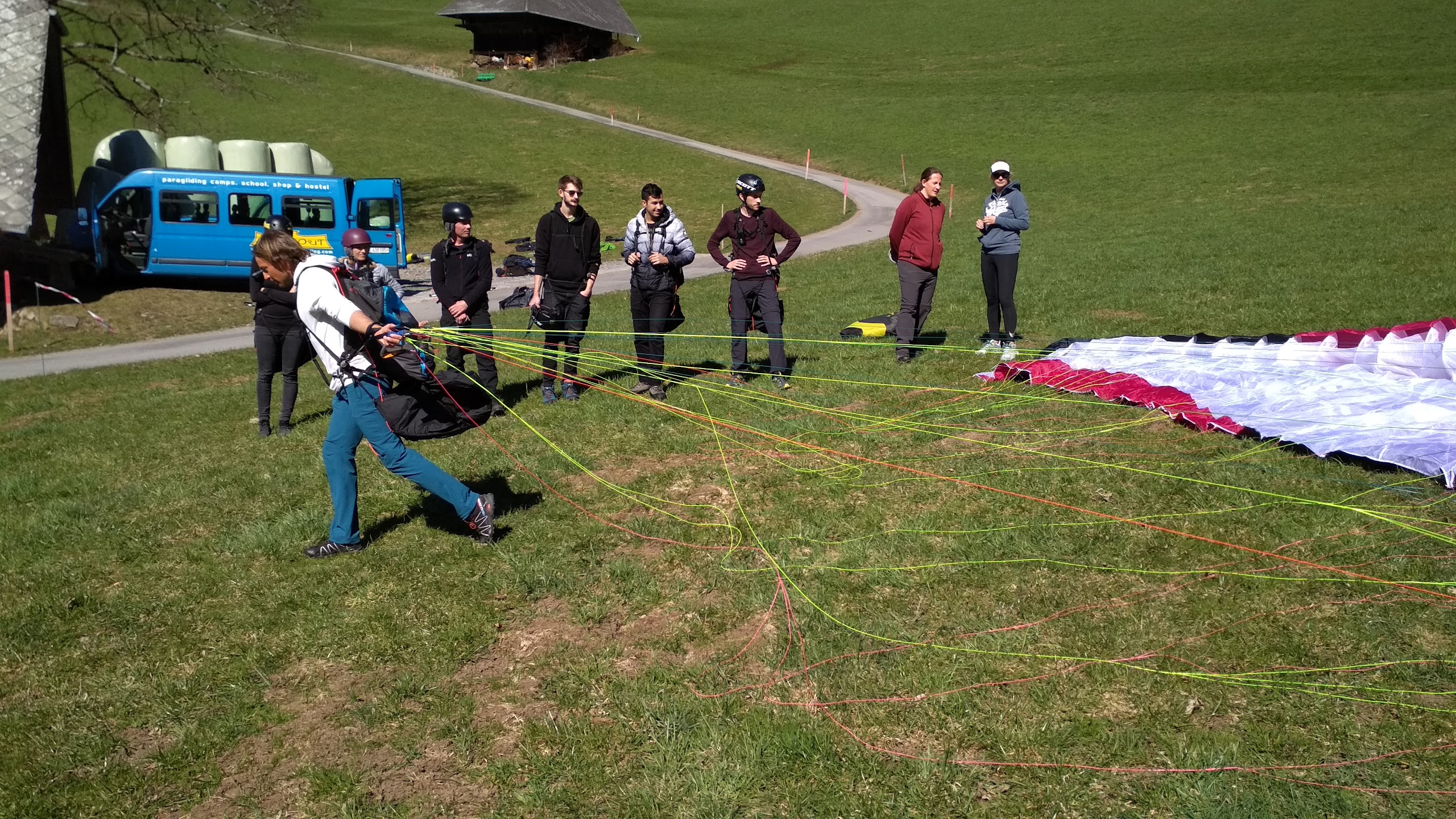 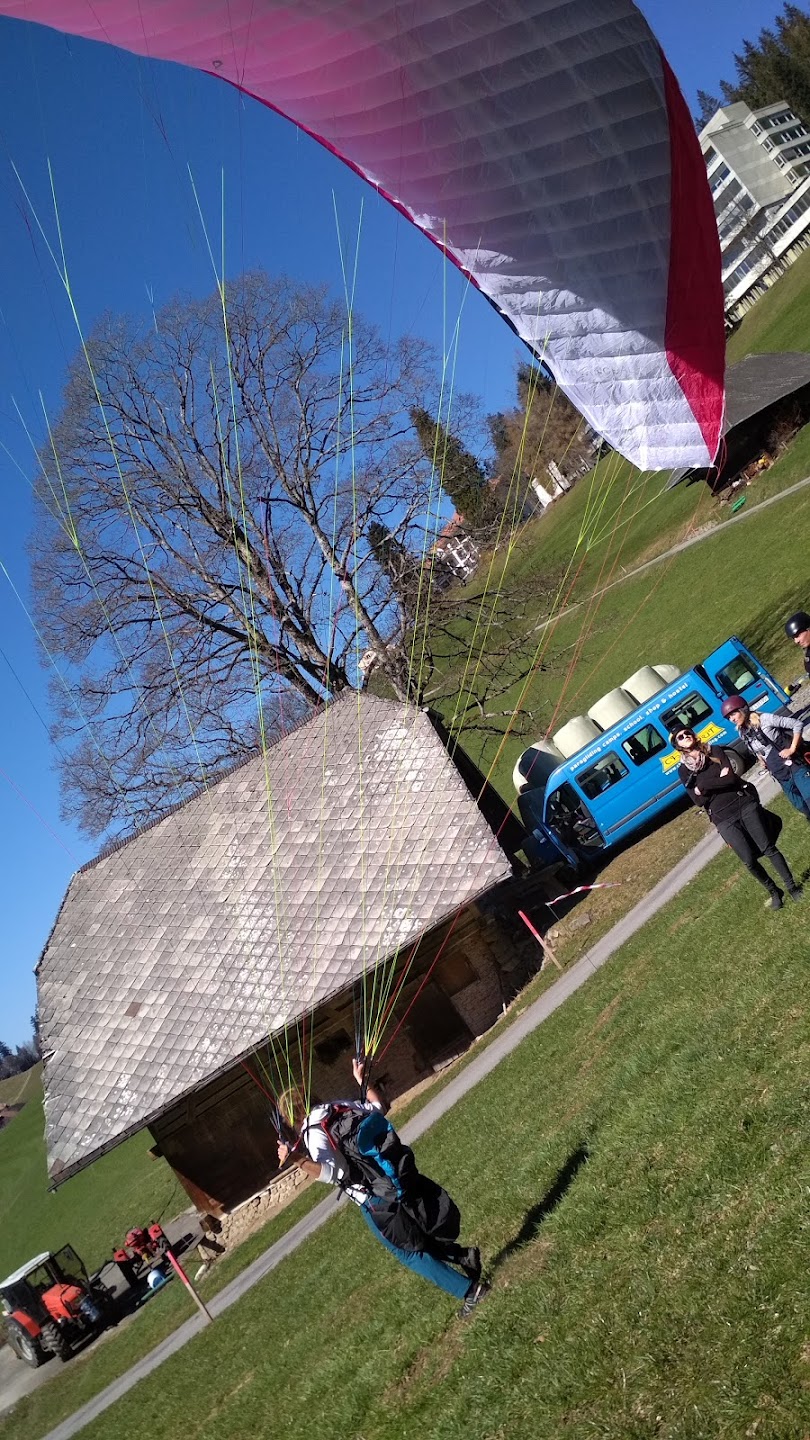 Overall, I was surprised by how much we trained over a single day. Guys doing the whole 4-days course were flying higher-altitude flights next day, and they were 400 m above the ground the third day.

My friend Martin took me for my first outdoor climbing on Sunday. We went to German village Albbruck, where a small stream is forming gorge in gneiss stone.

There are around 40 tracks in this area, mainly 5a - 5c in French taxonomy. So far I was able to climb at most 6a in a gym, with stable performance for 5b. So these walls were quite a challenge, but guys motivated me well. They even pulled me up for a 6a+/6b, so I set my own record with some help. 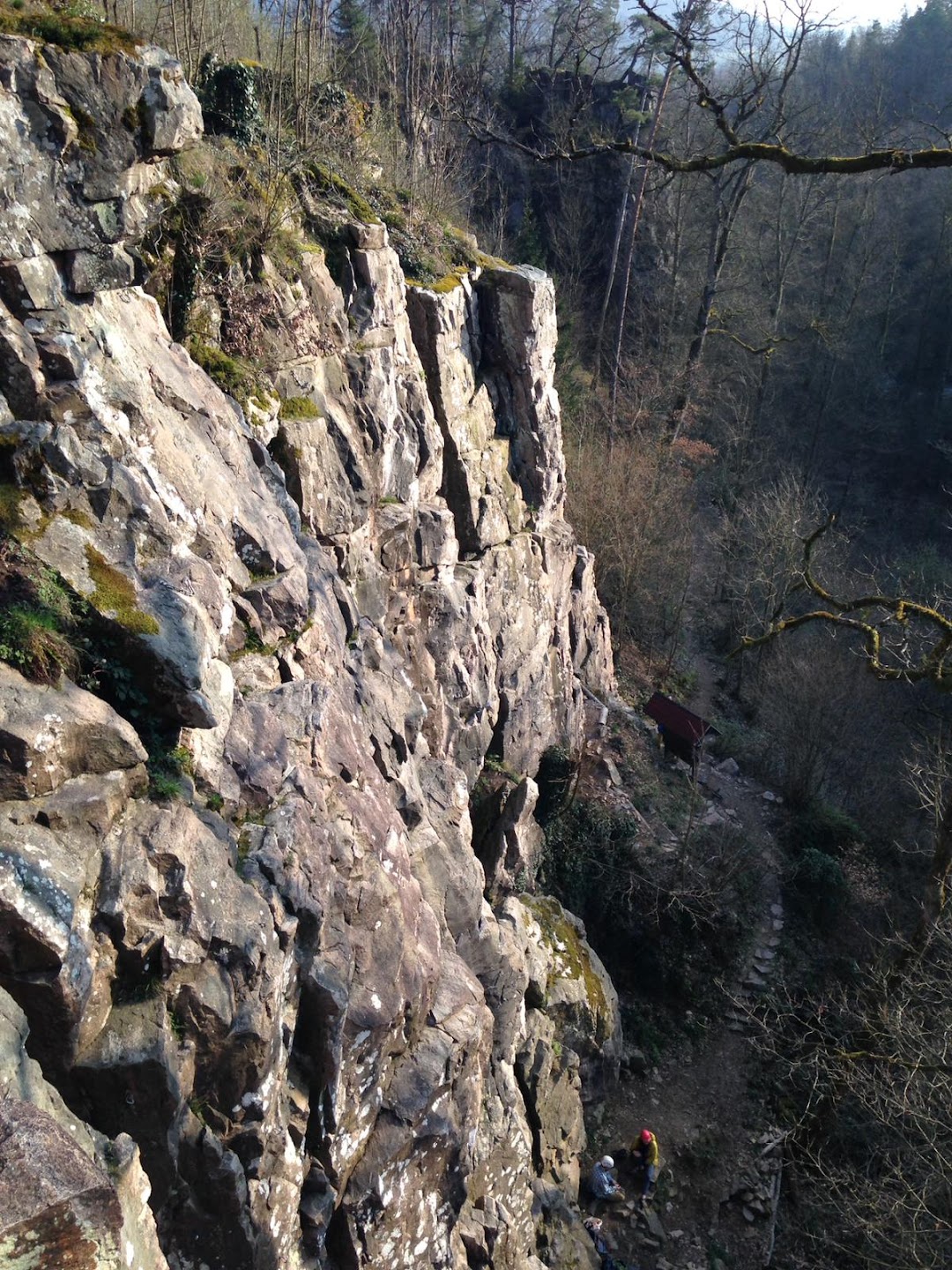 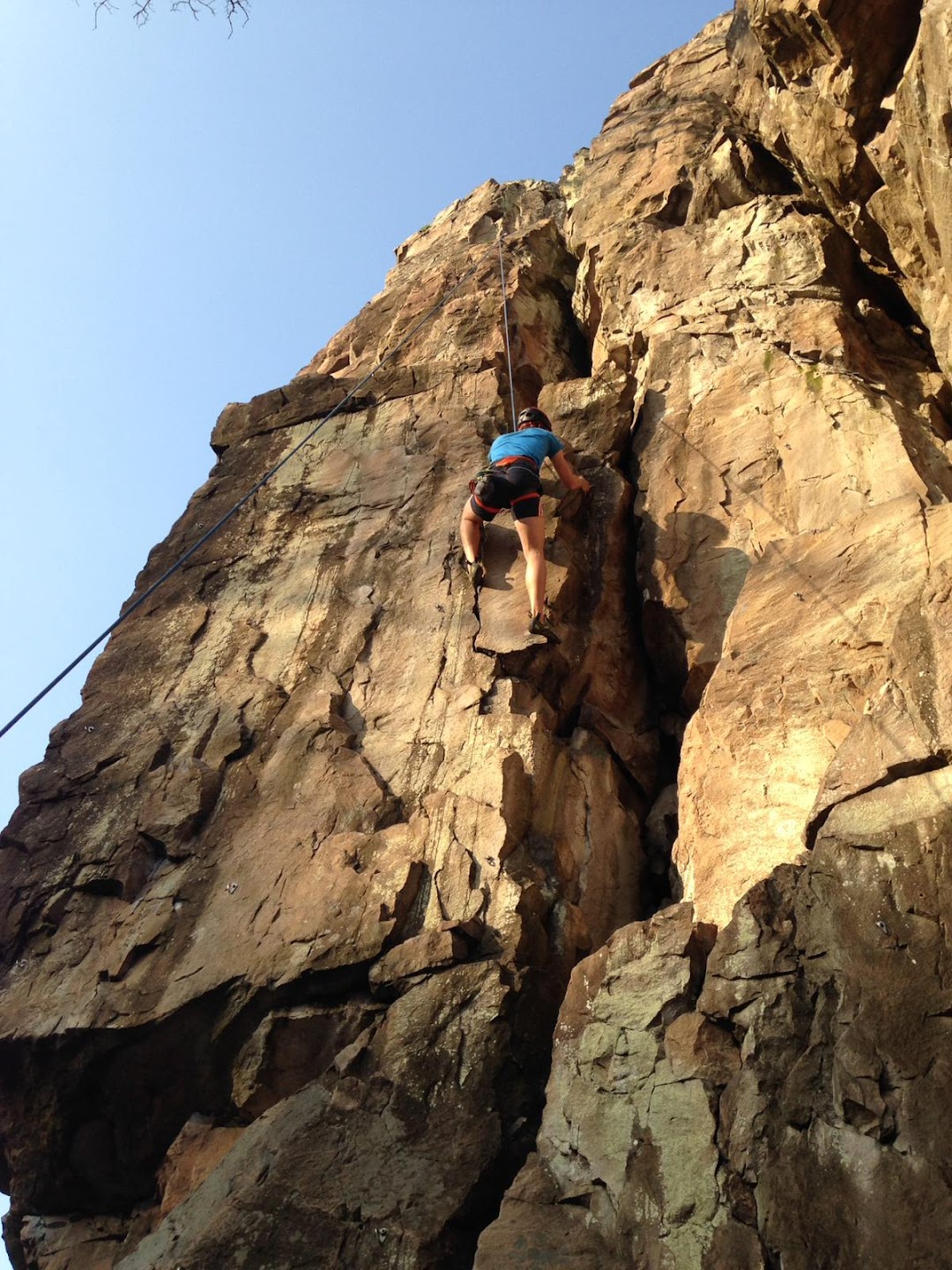 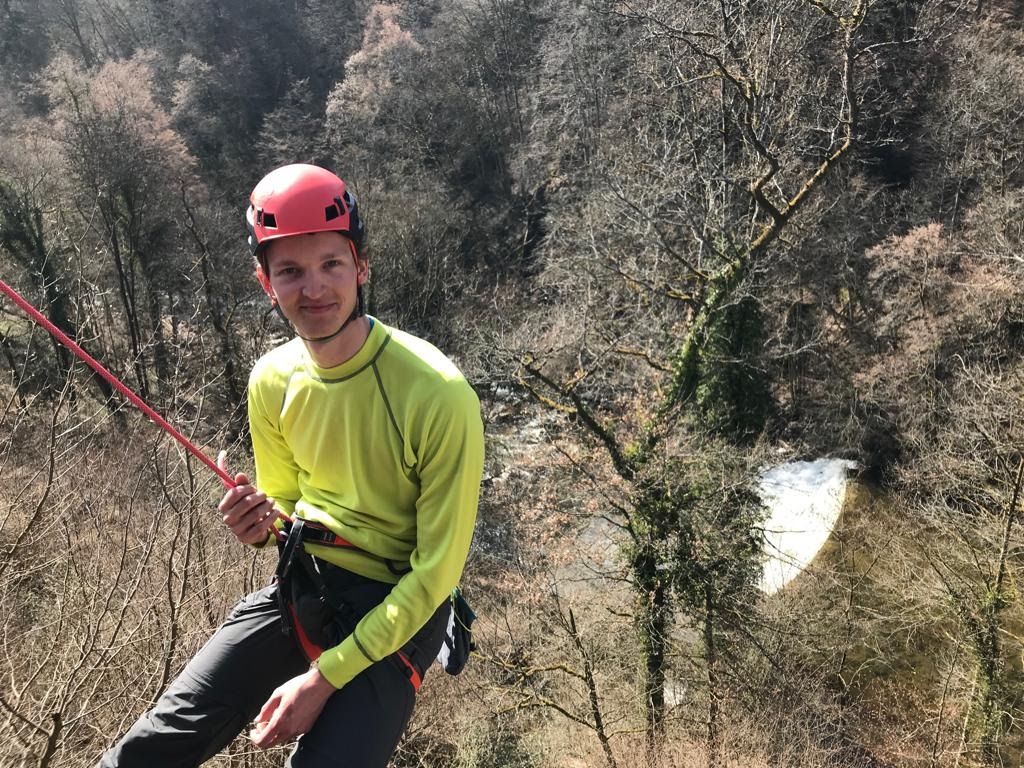