I have been asked about the economic situation in Switzerland. It is known Swiss are wealthy, and prices are higher, but how about actual numbers?

The salary is dependent on region and working area. The average gross salary in Zurich is 6869 CHF/month. IT is 150 % of average, interesting is that primary school teachers are above average. PhD students are of course below the mean pay, within the range of 65 - 95 %. As a computer scientist, I am on the higher edge, and humanities doctorands are on the other side. The salary also increases over time. I am satisfied, not complaining ;).

Swiss pay low taxes. But it depends on a canton, and of course, Zurich is the most expansive.

There are three pension pillars. The first is not withdrawable if I leave Switzerland, the others are. Together it makes something like 10 %.

Housing costs between 650 and 1500 CHF in Zurich, as I wrote in the previous post, I pay 1100 CHF/month. If you pay less, you probably live further from the center and have to pay 85 CHF/month for transportation (I am still biking).

The first month, I spend 170 CHF for lunches, and something like 150 CHF for shopping food. But I am still using a lot of food brought from CZ O:). I expect to spend around 400 CHF/month for food (eating quite healthy).

Insurance 65 CHF/month which covers only expenses above 1000 CHF/year. Personal liability is just 60 CHF/year.

Prices of some basic ingredients I buy (extensively generalized):

Swiss care a lot about bio, sometimes the non-bio food is not available (nuts, dried fruit).

In average, the prices are 50 % higher than in the Czech Republic. And it significantly depends on the shop, but it correlates with the quality and self-sustainability of the origin.

You can approximately order the shops from cheapest to most expensive as this:

Denner has a lot of Balkan to the Middle East food and cheap alcohol.

Lidl has similar products in Switzerland as in the Czech Republic. It has by far cheapest fruit and vegetable. Sometimes, there are significantly cheaper swiss cheeses compared to others. I would like to have Lidl closer, but there are only a few. Aldi is really similar to Lidl, having a cheaper bakery and more expensive fruit. But Aldi is also scarce.

In Switzerland, there’s this running joke that you’re either a Migros-child or a Coop-child. I am Coop-adult, as Migros in France a year ago was horrible (which does not hold in Zurich, but I have the experience). They are comparable in price (significantly higher than the previous ones), and they are everywhere. These shops really care about the origin of the products, making sometimes non-bio/non-sustainable food unavailable.

I have not been to Globus yet, but it is called to be super expensive and super quality. When I want to remember the real taste of tomatoes as my parents are growing, I will go there.

As swiss salary is high, paying services is expensive. Climbing wall entrance is 36 CHF, boulder for 18 CHF. Lection of any sport starts at 40 CHF, swimming pool is fine for 8 CHF/entrance (does not need that many employees). I like volleyball at ETH - it is a nice game with a good warm-up for free!

For trips, the fuel cost 15 % more than in CZ, trains are ~1 CHF/km, which is just crazy. But I have a half-fare card, so I have to pay just half of the prices (I have it from ETH, but normally it costs 185 CHF/year). But I still think about unlimited travelcard, which would cost me just 210 CHF/month. It works even for some cablecars (they are often the only mean of public transport in Switzerland).

Are you moving? Update your address electronically, you just have to pay 25 CHF. Mandatory bureaucracy? Pay for the officers time. I will have to swap my driving license to a Swiss one, I will have to pay. You pay just everywhere.

Still, given the salary, it is possible to save at least 2000 CHF per month. 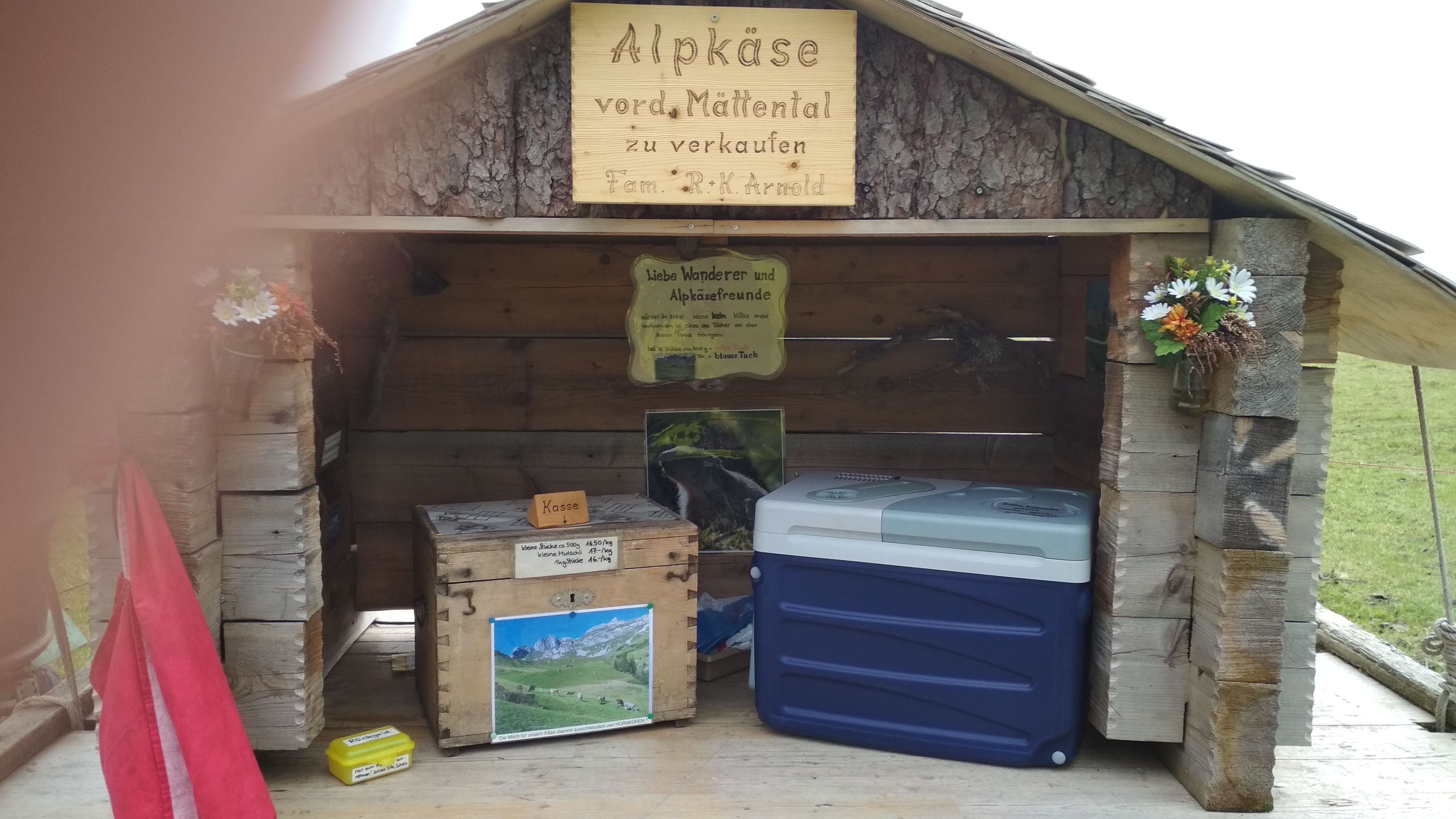 You can buy swiss cheese directly in the mountains. You are trusted to not steal anything :).