I expected the moving to be harder. I spend only three hours of a single day with the general tasks for foreigners. Unfortunately, the same does not apply to university tasks.

University provides a great checklist for arriving foreigners. It provides deadlines for all necessary tasks. During the first two weeks, I had to sign a contract, apply at Kreisbüro, start a bank account, apply for a half-fare card and submit doctoral student admission form. The immigration office was surprisingly simple, especially compared to experience with Indian students in Brno (where I was embarrassed as some officials did not speak English). The officer was not pedantic and accepted my temporary accommodation without any issue.

After registering in Switzerland, opening an account at UBS was straightforward as well. By the way, UBS sent me an enormous amount of letters; the last one was a notification that I enabled mobile access app.

But not everything went well. During the first days, I found out that employment contract and being a doctoral student are two separate agendas. And becoming a student took me more than two weeks. I had to fill Application for doctoral studies, which required:

However, I stuck with a simple task of the signature of the supervisor, as David spent the first two weeks on holiday and his email was not sufficient. After waiting, I submitted the updated form again, and it was rejected again. My letters of recommendation were not signed (they were never signed, they were just electronic).

After Petr and Vašek sent me the letters, I became a student and was allowed to apply for courses, and use student discounts. But I am still not a student formally, yet I do not know of any effect of that. 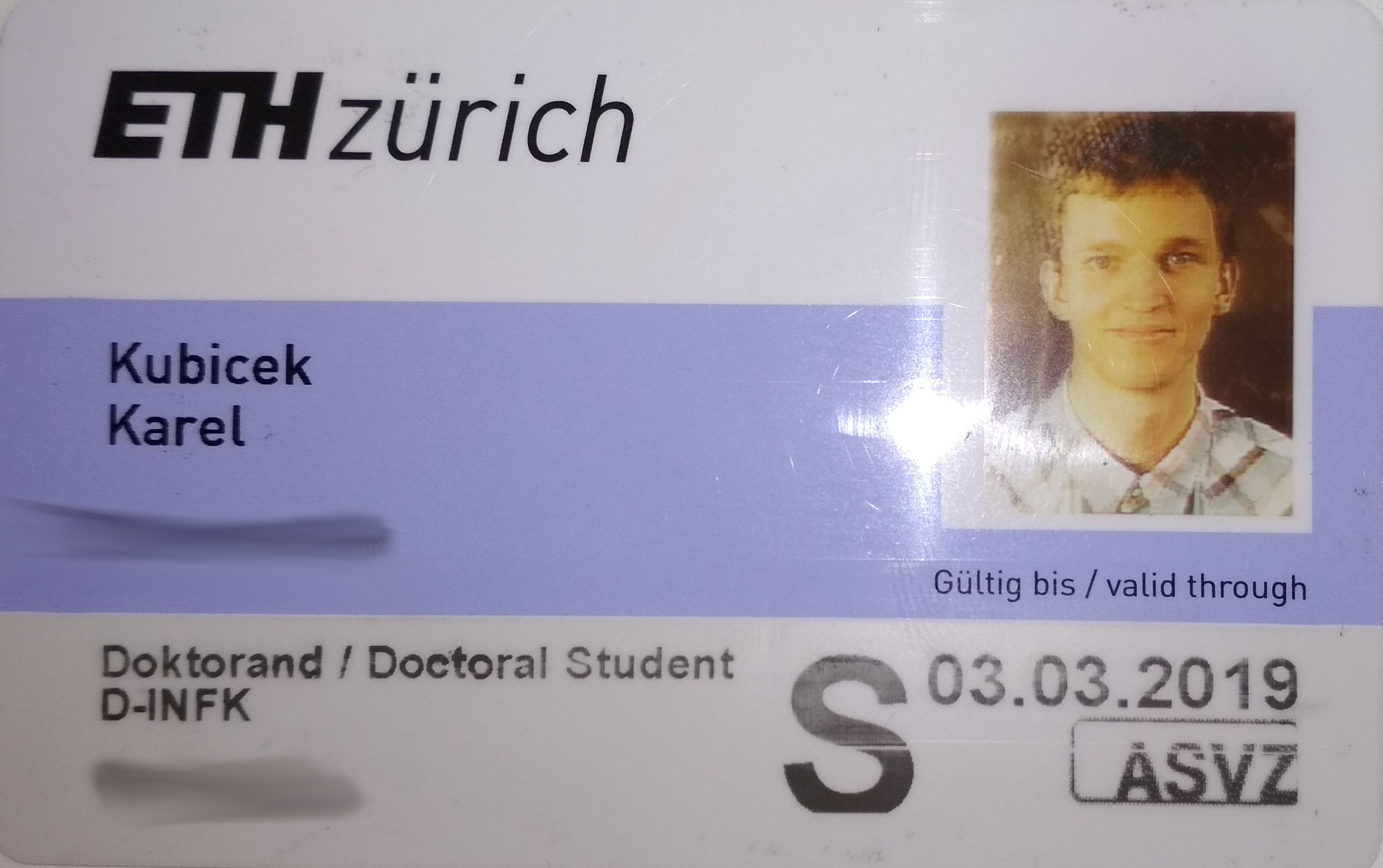 Main effect of the “S” on the card is 3 CHF discount at cantinas. Interesting fact: I have to validate this card every month in terminal X and every year in Y. The Y terminal reprints the bottom part of the card.

However, I think it was still smoother than expected. I still have to apply for an exception of healthcare insurance, take personal liability insurance, update my home address, apply for swiss car plates, and change my driving license for a Swiss one. Let see what Switzerland will bring for me.